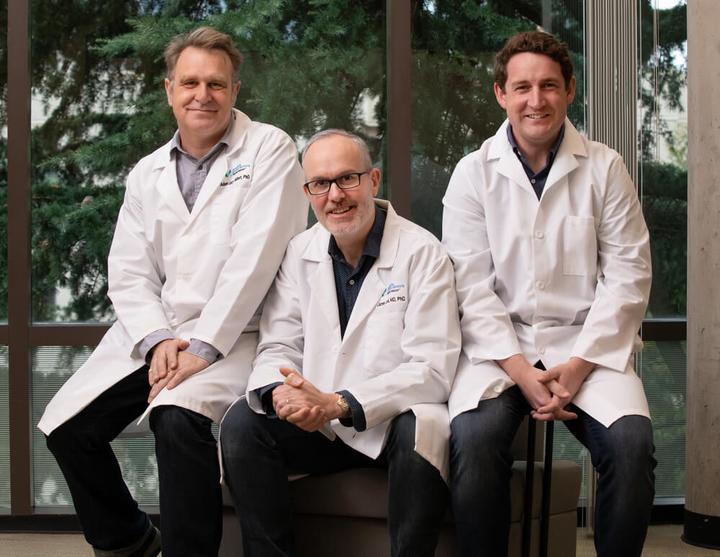 Benaroya Research Institute at Virginia Mason (BRI) has launched a new Gut Immunity Research Program with the support of a $3 million donation from a private donor.

“The generous donation and Oliver joining our team allow us to build on the past decade of gut immunity research at BRI, paving the way for some really groundbreaking work,” said Dr. Lacy-Hulbert, lead investigator of the program.

“Creating this collaboration that studies the same disease from different angles will make us more likely to pinpoint what goes wrong in the immune system and learn how to fix it,” said Dr. Lord, gastroenterologist at Virginia Mason and a principal investigator at BRI. “That’s how cures are discovered.”

Dr. Harrison, an Assistant Member in BRI’s Center for Fundamental Immunology, is conducting research on T cell responses to microbes within the gut’s barrier tissues. Dr. Harrison received his Master’s in Pharmacology from the University of Bath and his D.Phil in Infection, Immunology and Translational Medicine from the University of Oxford. His post-doctoral studies at the National Institutes of Health focused on tissue immunity and T cell responses to microbes of the gut.

There’s much the three scientists seek to know about IBD, including its origins and why existing treatments don’t work well for all IBD patients. The new program fosters collaboration and the development of new research methods to seek those answers – and also study other autoimmune diseases.

Ulcerative colitis and Crohn’s Disease are chronic inflammatory diseases; 3 million people in the U.S. have them and the numbers are increasing. IBDs are immune mediated and some treatments exist, but no known preventions or cures. These diseases are thought to be influenced by several factors, including the immune system, gut microbes and lifestyle/environment.

Additionally, gut immunity is believed to play an important role in whole body immunity such that the health of the gut may impact other organs, including the skin and lungs.

Among the Gut Immunity Program’s first projects will be a study of Crohn’s Disease patients, both in remission and with active disease, in comparison with samples from patients without autoimmune disease.